Mason City, Iowa – home to ‘The Music Man’ and more 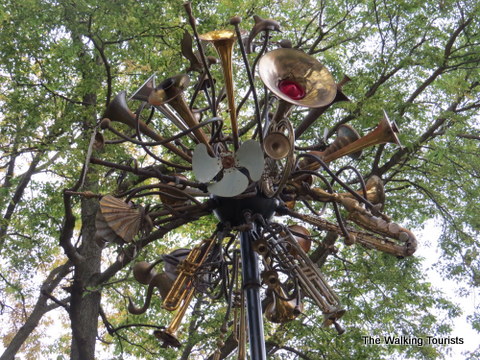 “Well, ya got trouble, my friend. Right here, I say trouble right here in River City.”

Anyone who has seen the movie or watched the musical knows these words are from the musical “The Music Man.” Robert Preston portrayed the lead character in the movie, Harold Hill. Shirley Jones and Buddy Hackett also starred.

The true music man was not Harold Hill, but Mason City’s own – Meredith Willson. The Iowan penned the 1957 Broadway musical, which later became a hit movie in 1962.

Mason City honors its native son with a museum area called “Music Man Square.” Thought we arrived too late to visit the square’s interior attractions, we did take a look at the exterior of Willson’s childhood home.

The square features a sculpture of the writer. Willson was a member of John Phillips Sousa’s band in the early 1920s. 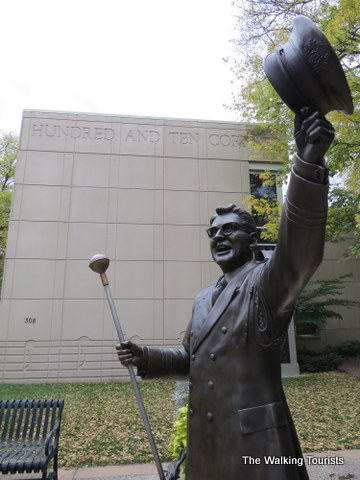 He also composed music or films, including a Charlie Chaplin film “The Great Dictator.” His score was nominated for an Academy Award. For information, please visit the center’s website at http://www.themusicmansquare.org/. 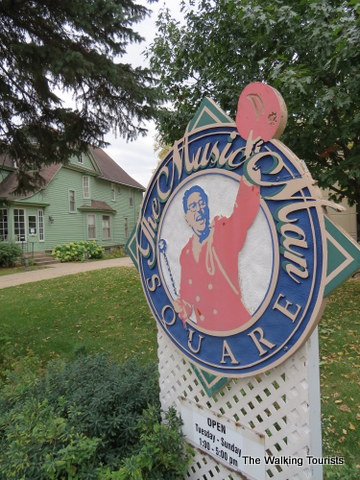 In addition to the Music man Square, the city honored Willson by naming a pedestrian bridge in his honor. 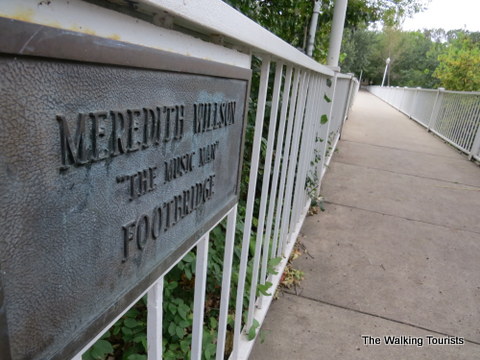 Mason City, though, is more than just the home of Meredith Willson.

The city has the last remaining hotel designed by the great architect Frank Lloyd Wright. The Historic Park Inn Hotel is listed in the National Registry of Historic Places. Built in 1910, the hotel underwent a $20 million renovation recently.

Wright used the “prairie school” design with the hotel, which was his first project in Iowa. The style used horizontal lines with flat roofs and overhanging eaves. Windows were designed horizontally. Apparently, the horizontal design reminded people of Midwestern native grasses. 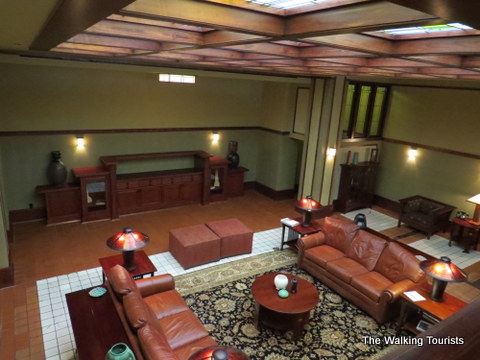 The hotel offers tours during the week. Please check its website for more information – http://www.stoneycreekhotels.com/hotel/travel/masoncity-parkinn/home.do.

Mason City sponsors a sculpture walk downtown that covers a route a little more than 1.5 miles. We checked out some of the sculptures downtown. 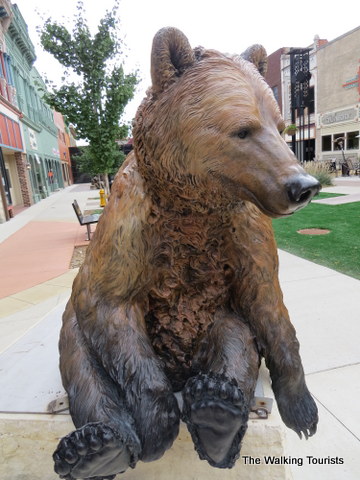 The public library has a neat sculpture featuring a young girl reading a book inside of a wheel. Outside the sculpture, book titles are listed. Very cool. 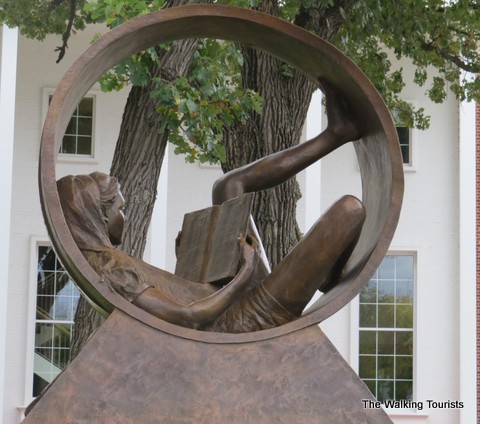 The city has its share of public parks. We visited East Park. The Winnebago River and Willow Creek run through the park, which consists of more than 57 acres. The beauty of the park was extraordinary. We caught a view with leaves till changing colors for Fall. 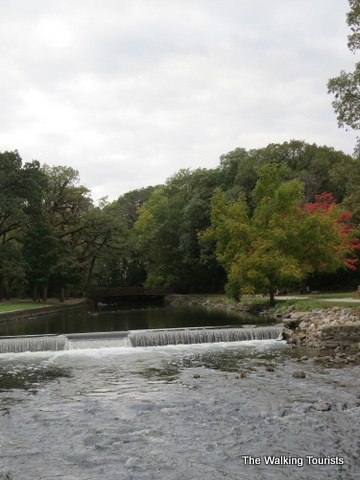 In addition, East Park is home to the “Rotary Cannonball.” The 1912 steam engine was donated to the city. It was built for the Minneapolis and St. Louis Railroad. 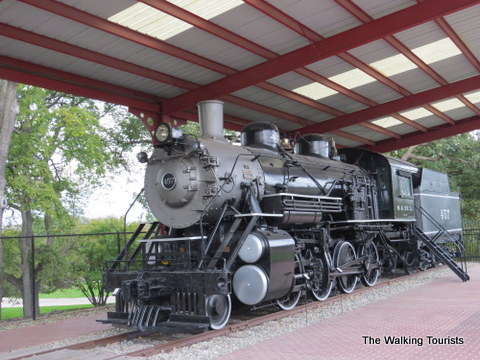 For more information on Mason City and its parks, please visit http://www.masoncity.net/.

We didn’t spend nearly enough time in Mason City as we would have liked. Fortunately, we had a personal tour guide with Sara Broers of Travel with Sara.” We are very grateful to Sara for escorting us around North Iowa during our visit. We saw and learned a lot. One major thing we learned is that we need to come back and spend a weekend in Mason City to take in more of the area’s attractions.