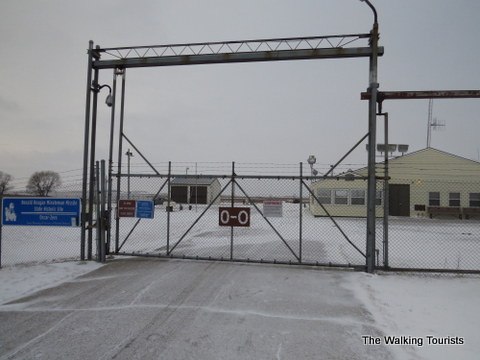 How often do we get to relive our youth? I had that opportunity during a recent trip to North Dakota.

We took a drive to one of the missile security centers I worked at while assigned to Grand Forks Air Force Base in the early and mid-1980s. Oscar Zero (O-0) is located a few miles north of Cooperstown, in rural North Dakota. It’s now called the Ronald Reagan Minuteman Missile Site.

Oscar Zero was the last of the 15 missile sites in the 321st Strategic Missile Wing. My first assignment at Grand Forks AFB was with the 321st Missile Security Squadron. Our assignment was to provide security for the missile sites. The 322nd Security Missile Squadron also played a role in missile security. 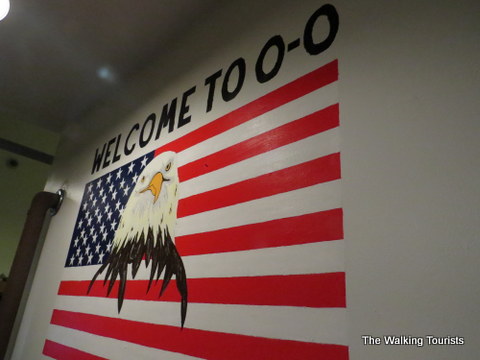 Grand Forks’ missile field ranged from just south of the Canadian border (near Langdon, ND) to just north of Valley City, ND – the geographical area covered was larger than the state of New Jersey. 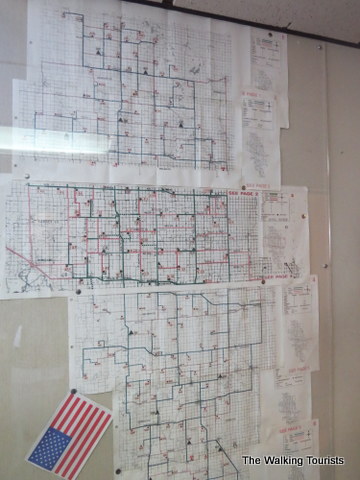 The missile field was divided into three 5-control center areas – Alpha –Echo, Foxtrot-Juliet and Kilo-Oscar. Different units (flights as we were called) worked the field. You had three flights in the field at any given time.

Grand Forks’ role in providing support for the Minuteman Missile II program was eliminated as part of the START (Strategic Arms Reduction Treaty) treaty signed by President George H.W. Bush and Mikhail Gorbachev of the Russian Federation in 1991. The first Minuteman was removed from the Grand Forks area in 1999.

As missile launch facilities were deactivated and destroyed, along with the demise of the Launch Control Facilities (the security control sites), the North Dakota Historical Society stepped in and negotiated to keep one control center and one launch site for historical value. Oscar Zero opened to public tours in 2008.

The site brought back a lot of memories for me. We worked three days in the missile field and had three days off. Before you go, “What a great shift,” our first day off was a travel day back to the base. The day shift worked until the relief crew arrived. Oscar Zero was about 1.5 hours from base, so we might see the new crew about 9:30-10 a.m. Then, you did your shift changeover checks. We’d probably be on the road to the base about 45 minutes after relief arrived. We’d get back to base about noon or so on a good day. Turn in your weapons at the armory, meet with the flight chief, and you’d be headed home about 30 minutes later. Then, if we had training scheduled, it would be on day 2 of our break. So…our three-day breaks weren’t always three days. But, at least we were home with our families. 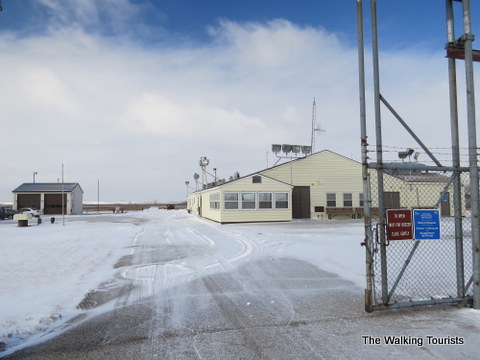 The weather definitely brought back solid memories! The wind was whipping across the plains from the north. I walked part of the outer perimeter to get a different look at the facility, and within seconds regretted leaving my snow cap and gloves in the vehicle. The snow added to the experience.

Working on the site wasn’t bad. We worked 12-hour shifts. If you had the night shift, you’d go to bed following the crew change. Then, start your shift about 6 p.m. So, night workers’ shifts pretty much consisted of working and sleeping.

The day shift was fairly busy. That’s when you’d have visitors to the control center and the launch facilities. Entrance always had to be controlled via security codes. That way, you knew the people were authorized.

The support center (LCF) was laid out for the people on site to be comfortable. We had a total of 10 people assigned to the site daily – six Security staff (two shifts), two-man launch control officer team (guys who would launch missiles), a facility manager and a cook.

The front of the building had the security control center (where I worked). The Non-Commissioned Officer in this role controlled entry to the site and handled dispatching the security patrol team to respond to missile site alarms, as advised by the launch control team. 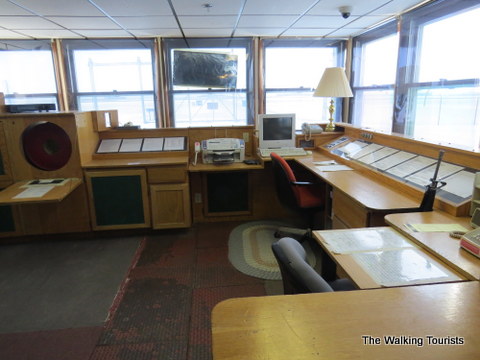 During our off hours, we’d relax in the living room area and watch TV. We didn’t have cable at the sites, so we were lucky to have one working channel. Each site had a pool table, which helped pass quite a few hours. 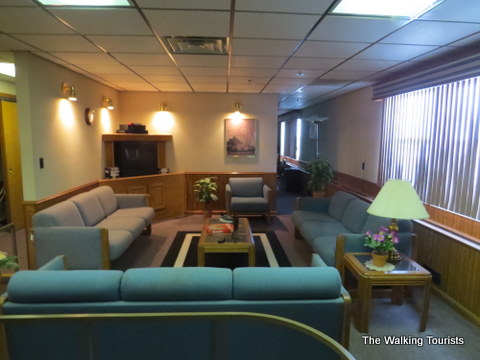 The kitchen looked like a kitchen, but the cook basically warmed up foil packs,  similar to TV dinners. You’d take a look at the menu and order whatever was available on site. I remember liking a peas and carrots pack, along with either spaghetti or meatloaf. I guess in later years, the cook actually worked a real menu and prepared meals for folks. 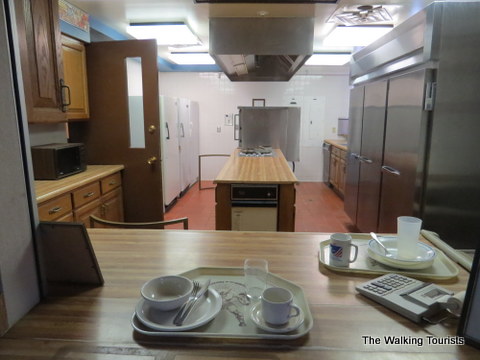 The back of the building was for the sleeping quarters. Each shift had their own room – the day shift Security Police (now called Security Forces) had one room and the night shift had another. The facility manager had his own room, where he could work at a desk, etc.

The cook also had his or her own room. I remember one cook we had at another site loved catching ground squirrels and keeping them as pets during his tour. We had a few SPs try their hand at it, too.

The Launch Control Center was located 60 feet below ground and housed the two officers working a 24-hour shift. There were crew changes daily. 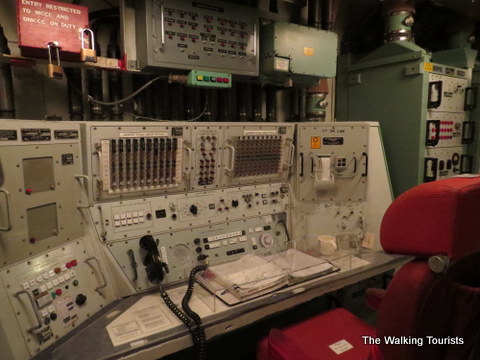 The launch control team had two rooms in the lower level – the equipment building, which housed the heating and cooling systems (referred to as the “heart” of the set-up) and the launch control center, where the officers worked (the “brains”). 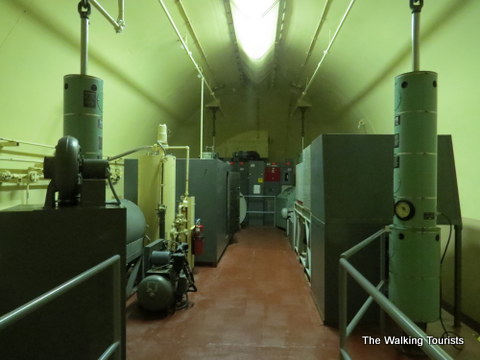 Once they inspected the Launch Control Equipment Building, the blast door was shut and wouldn’t be opened again until their relief crew arrived, or if there was a system issue.

The Launch Control Center (LCC) also had a blast door. Once the door was closed, no one could get in from outside. It had to be opened by the officers from the inside. The LCC was a No Lone Zone, which meant that two officers had to be in it together. 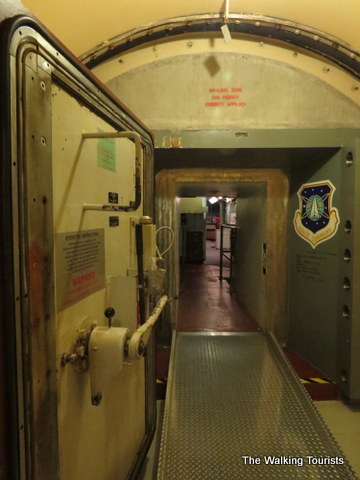 The LCC controlled the missile launches, if so ordered. Each officer had a key assigned to them. It was in a secured red box. Each of them had their own personalized lock, which only they knew the combination to. If the order came down to launch, they would unlock the box, grab the launch key and put it in place. If they agreed to launch, they still had to get another launch team in a different area to agree. 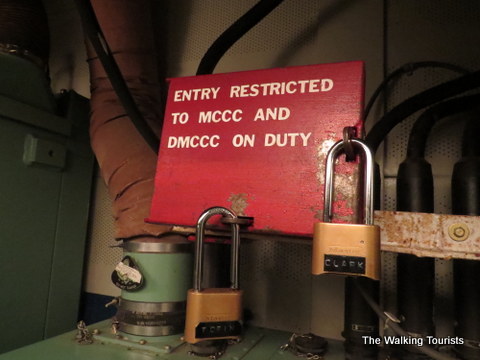 The launch officers would also advise the security team of any alarms going off at one of the 10 missile sites assigned to the unit. In example, missiles in the Oscar zone were identified as Oscar 41, Oscar 42, etc., ending at Oscar 50.

If an alarm activated, the security controller would dispatch the patrol to check it out. Theoretically, someone could have or attempted to scale the missile site fence. Realistically, the alarm would be set off by wind, rain, or furry little terrorists (rabbits, etc., to civilians). 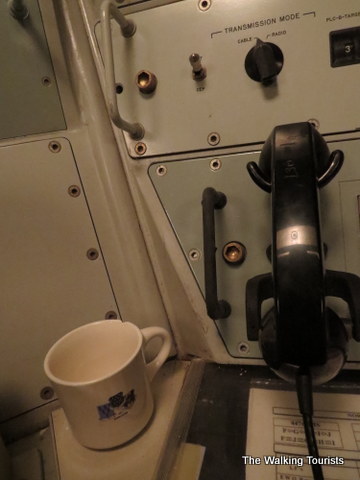 Once, while working the Bravo site near Canada, I had to dispatch a team to a site during a severe thunderstorm in the middle of the night. They got lost and eventually reported themselves near the Canadian border. I ordered them to immediately turn around, as we could have caused a slight international incident, American military forces coming into Canada with weapons. Or, they may have offered some Tim Horton donuts and coffee. You can never tell with Canadians.

The remaining missile silo is located a few miles east of Cooperstown at November-33. We stopped by and checked out the concrete silo cover. If a missile would have launched from here, the lid would have blown off and the missile activated. Today, it gives visitors a chance to see where the missiles were kept. 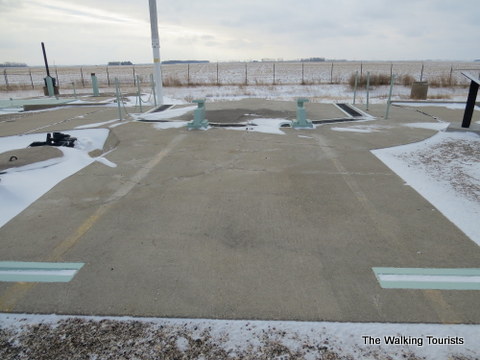 As for the history of Minuteman Missiles being in the past, they are still very much a part of the US’ deterrent force, with bases in the upper Midwest home to them.

Regardless, I enjoyed my trip down memory lane at the Ronald Reagan Missile Site. It was also nice being to share that part of my life with my family, who knew I worked in the missile field, but didn’t really know anything more about it.